The second and last spread in Jessica’s Art Journal was started in january, right after I did the first one. However with my hand getting worse I wasn’t able to finish it until this week.

I still have to be rather carefull with my hand so I gathered I would do something completely different from what I’m used to doing and go with aquarel paints. Up till now I have only ever done small doodles and sketches with aquarel paints, but I really like how it turned out.

I do have “some” (as in, a lot) pictures with progress and detail shots.

Again I started without a clue about what I was doing, but figured it would come to me while I was going.

So I slapped some gesso onto the pages and slammed them closed, giving this lovely texture.

Used a range of distress inks on the pages and went back over with white acrylic paint.

And then had to wait a while before I could continue.

As Jessica’s journal was inspired by Rita Kahlo, I went online to find out a bit more about her. I found this lovely picture of a very young Rita and felt I wanted to do something with it.

Here you can see my aquarel paints. I’ve had most of these for over 20 years, that’s how much I use them. Granted, with these, a little goes a long way.

I made her by drawing a quick sketch with a black aquarel pencil. 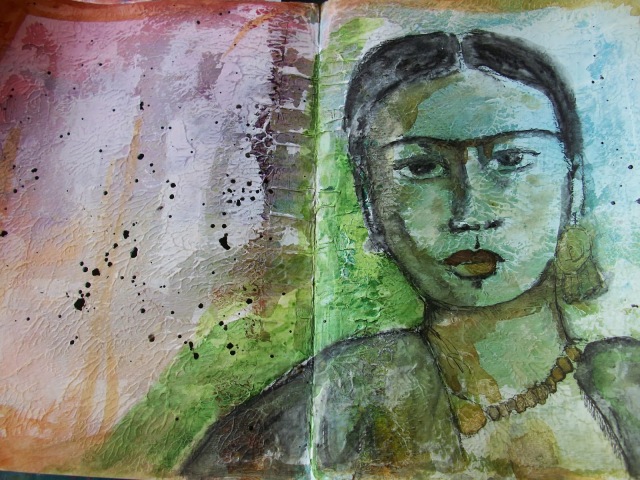 Added some colour and paint splatters.

I had already found a quote while my hand was healing and first tried the placement of the letters out on a scrap piece of paper. As you can see, I had to try several times before attempting the real deal.

The quote is by the Dalai Lama and says:
We can never obtain peace in the outer world, untill we make peace with ourselves.

First wrote it in pencil

Then in black aquarel pencil.

And used green aquarel paint to accent the letters. 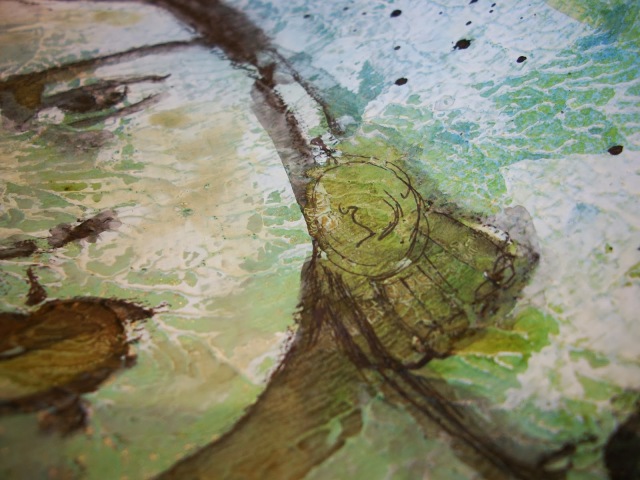 Added some finer details with a brown stabilo pen.

Kept thinking there was something wrong,

but just couldn’t figure out what it was. 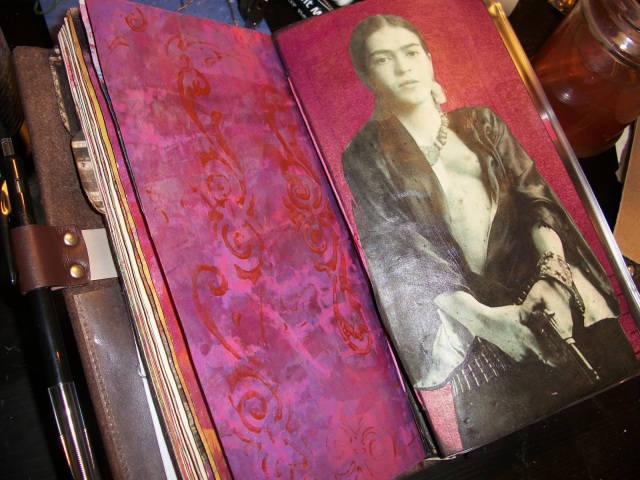 Felt the picture of Rita was to pretty to throw in the bin and glued her to my Traveler’s Notebook art journal.

Still not getting what was wrong.

Then it hit me, her eyes were wrong…

So I corrected them, well attempted to do so.

I think she looks pretty, even if she doesn’t look anything like the lovely Rita…

I really liked working with aquarel paints. Well I knew I liked them, just never went for the bigger pieces with them, thinking I’d be too impatient.

This weekend and next week I’ll be continueing with Lee’s journal, but for now I wish you all a lovely day.

This site uses Akismet to reduce spam. Learn how your comment data is processed.